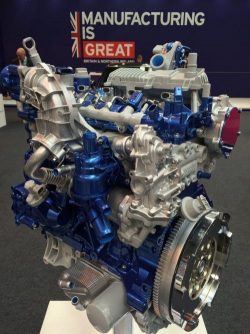 Having attended a variety of events during the last 12 months where UK automotive industry experts have discussed changes to the industry, we thought an overview of the areas of automotive trends may be of interest.

Zero-emission cars are the ultimate goal in green motoring – they are vehicles that emit no tailpipe pollutants from the onboard source of power.  They fall in to 2 categories; battery electric vehicles and fuel cell vehicles powered by hydrogen.

Hydrogen cars are much less common and currently only Toyota and Hyundai sell hydrogen cars in the uk, both in small volumes.  The infrastructure is also really low with only 13 operational hydrogen refuelling stations in the uk.  What is promising though is that the government has given a £23 million boost to the hydrogen car infrastructure in the form of a grant  that will be distributed between hydrogen fuel providers ensuring that this automotive industry trend will continue to grow.

Also known as driverless cars or selfdriving cars, these are vehicles that are capable of sensing their environment and navigating without human input.  This futuristic concept has not only grabbed the imagination of car manufacturers it has also captured the attention of some of the most forward thinking and profitable companies in the world such as Google.  Consequently this has led to an impressive race to see who can get the first driverless cars on the road.  It seems that what now holds this innovation back is the important, yet time consuming, red tape surrounding safety and liability of automony in the automotive industry.

What ‘real time service’ means is the ability for computer responsiveness to be so quick that the user feels that the response is immediate.  An example in the automotive sector would be that a cars traffic knowledge is accurate and up to date or that the exact weather conditions for your location could be provided to you.  Mapping firm ‘Here’ are ahead of the game and have already launched a project aimed at sourcing data generated by sensors.  These sensors are deeply embedded within the project cars to share with other drivers.  This knowledge sharing will include traffic conditions, weather conditions and even parking space availability.

Servitization of products is in essence a journey where by manufacturing firms develop the capabilities they need to provide services and solutions.  These services are solutions then supplement the product that they are selling.  An example in aerospace is Rolls Royce’s TotalCare airplane engine program.  With TotalCare Customers pay a set amount of money based on the number of hours the airplane is flown. In return, Rolls-Royce will repair, replace broken parts, modify and monitor the engine remotely.  The benefit of this is that the manufacturer becomes more focused on what the customer desires.  This in turn makes the customer/seller relationship stronger and therefore less easy to break by new competition to the market.

The mobile phone apps for car sharing such as Uber are starting to servitise the passenger vehicle. Instead of buying the product, which is the car, instead you pay for the service of somebody driving you.  As the passenger space was idle capacity then the cost is low and the business model works really well.

This shift to servitization could mean less requirement for new cars and new cars that are designed for car sharing.  It is also creating a radical change in the business models of the major car manufacturers.  Toyota have already invested in Uber and Volkswagen in GETT.  Following suit are FORD and BMW who also experimenting with their own car sharing formats.

Industry 4.0 is based on the current trend of automation and data exchange in manufacturing technologies.  Basically its all about connectedness!  The vehicle market is an area in which the digital revolution is taking hold. This is leading to all sorts of improvements from car performance and cost reductions to an accelerated rate of in car technology implementation.